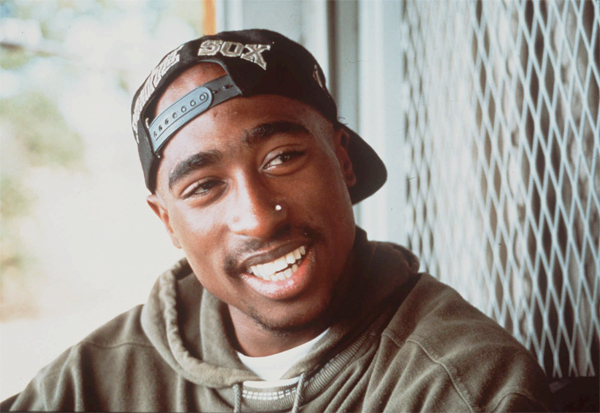 Chris Carroll, a police officer, says he heardTupac Shakur’s last words on September 7, 1996, the night the rapper was shot in Las Vegas, Nevada, according to an interview with Vegas Seven.

Carroll says he pulled Tupac Shakur out of Suge Knight’s vehicle and that Knight kept yelling at him.

“As Suge is yelling ‘Pac!,’ I look down and I realize that this is Tupac Shakur,” Carroll says. “At the time, it didn’t really mean much of anything to me. I was more concerned that this was a bad situation to be in with just one other cop.”

Carroll says he tried to get Tupac to identify the person responsible for the shooting.

“I’m looking at Tupac, and he’s trying to yell back at Suge, and I’m asking him, ‘Who shot you? What happened? Who did it?’ And he was just kind of ignoring me. He was making eye contact with me here and there, but he’s trying to yell at Suge. And I kept asking over and over, ‘Who did this? Who shot you?’ And he basically kept ignoring me. And then I saw in his face, in his movements, all of a sudden in the snap of a finger, he changed. And he went from struggling to speak, being noncooperative, to an ‘I’m at peace’ type of thing. Just like that.

“He went from fighting to ‘I can’t do it,’ and when he made that transition, he looked at me, and he’s looking right in my eyes,” Carroll adds. “And that’s when I looked at him and said one more time, ‘Who shot you?’ He looked at me and he took a breath to get the words out, and he opened his mouth, and I thought I was actually going to get some cooperation. And then the words came out: ‘Fuck you.’”

Carroll says those were the last words Tupac ever said.

“That moment I talked to him was his last real living moment where he was speaking,” Carroll says. “I talked to the cop who rode in the ambulance with him. He said Tupac never came out of it, and he never said anything at the hospital. There was nothing else.”

The Vegas Seven acknowledges that some of Carroll’s statements differ “significantly from what has been reported previously, most notably in the book The Killing of Tupac Shakurby Las Vegas-based author Cathy Scott.”

In early May, Suge Knight spoke about Tupac.

“Tupac not dead,” Suge said at the time. “Tupac not dead, nigga. If he was dead they’d be arresting those dudes for murder. You know he somewhere smoking a Cuban cigar on an island somewhere.”